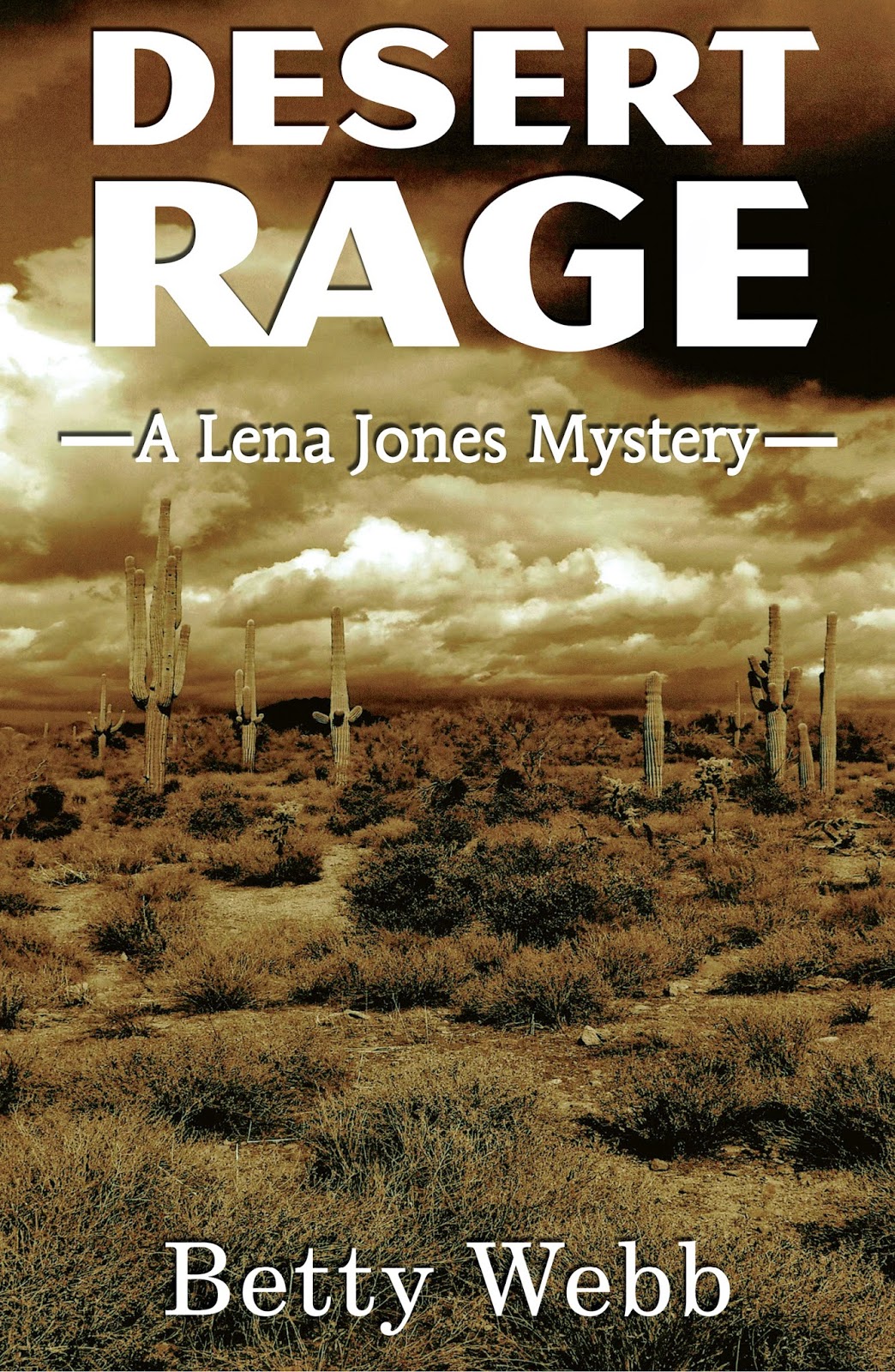 You never know when or where an idea for a book will strike. In the case of DESERT RAGE, the 8th Lena Jones Mystery, due out October 7, 2014, that happened as I was walking down the hall at Paradise Valley Community College.


Just a few months earlier I’d quit my job as a full-time journalist at the Tribune (Arizona) Newspapers, but had become bored with so much time on my hands. When a friend told me PVCC needed a part-time writer in its PR department, I thought that might be right up my alley, so I placed a call, and within the week, was working a (supposedly) four-hour-a-day, three-day workweek. By the end of the year, my hours had blossomed to 35 hours a week, but that’s another story.


Anyway, one afternoon I decided to go down to the school cafeteria for a cup of coffee, and while I was walking down the hall, I noticed a new flyer had gone up on the large HELP WANTED bulletin board across from the ladies’ room. The headline went something like this.


The body copy of the flyer went on to explain what the company needed “young, athletic women” for (it was neither illegal nor immoral, yet paid good money), and I found myself fascinated, thinking this would be a great idea for a book. However, since I was in the midst of writing DESERT CUT, I filed the idea away in the back of my mind for later use.


That was nine years and four more books ago.


But last year, the time finally came to write that book. So I did. When I finished it and turned it over to my editor at Poisoned Pen Press, she became every bit as fascinated as I was when I first read that flyer. Of course, I’d added a lot to that skeleton of an idea – a family slaughter confessed to by two young teens, a U.S. senatorial candidate with something to hide, a nasty arson case…


Well, I don’t want to give too much away, but here’s the description that will appear on the inside of the dust jacket.


The horrific slaughter of a prominent doctor, his wife, and their ten-year-old son inside their Scottsdale home brings Thorsson to Private Investigator Lena Jones. The slain family’s 14-year old, Alison, and her boyfriend, Kyle, have confessed to the murders. Thorsson wants to hire Lena to discover if Alison is telling the truth, but before accepting the job, Lena demands to know why a rising political star wants to involve herself with the fate of a girl she’s never met. Desperate for Lena’s help, Thorsson reveals her explosive secret – that Alison is the candidate’s biological daughter, a fact she’s kept hidden for years. But that’s not all. Thorsson then confides something even more unusual than a mere hidden pregnancy, something that could ruin her political plans forever.


Suspecting that Alison’s parents had secrets of their own that could have led to the murders, Lena finally accepts Thorsson's assignment. But interviewing those who knew the family well soon puts Lena -- now a strong defender of the two teens -- in danger of her life.


Fast paced, probing, and filled with the trademark twists of the Lena Jones series, Betty Webb is unsparing of her characters yet writes their stories with wit and compassion.


That’s just a teaser. As I said, the book debuts October 7, and I hope you like it.


Oh, and by the way, there’s a writing lesson to be had here. Writers must always, always pay attention to everything the world – right down to bulletin boards on college campuses – because the world is where our ideas come from.
Posted by Betty Webb at 8:30 PM

Any more books to come!